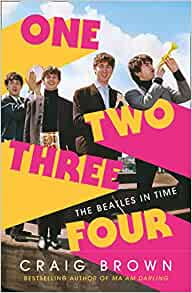 On 24th November the most prestigious award for non-fiction in the UK announced its 2020 winner. The shortlist was very strong and varied but Craig Brown triumphed with his work on the Beatles. The judges praised the biography as ‘innovative and experimental’.

One Two Three Four: The Beatles in Time

One Two Three Four traces the chance fusion of the four key elements that made up The Beatles: fire (John), water (Paul), air (George) and earth (Ringo). It also tells the bizarre and often unfortunate tales of the disparate and colourful people within their orbit, among them Fred Lennon, Yoko Ono, the Maharishi, Aunt Mimi, Helen Shapiro, the con artist Magic Alex, Phil Spector, their psychedelic dentist John Riley and their failed nemesis, Det Sgt Norman Pilcher.

The 2020 shortlist is:
• One Two Three Four: The Beatles in Time by Craig Brown
• The Idea of the Brain: A History by Matthew Cobb
• Black Spartacus: The Epic Life of Toussaint Louverture by Sudhir Hazareesingh
• Our Bodies, Their Battlefield: What War Does to Women by Christina Lamb
• Stranger in the Shogun’s City: A Woman’s Life in Nineteenth-Century Japan by Amy Stanley
• The Haunting of Alma Fielding: A True Ghost Story by Kate Summerscale

On the same day, the Costa Book Award Shortlists were announced. These are for the categories – novel, first novel, biography, children’s and poetry and provide an interesting range of outstanding books published this year to explore. Why not pick up some great suggestions for Christmas holiday reading?

The Costa Book Awards started in 2006 (formerly the Whitbread Book Award from 1971). Have a look at the list of fantastic books which have been shortlisted and won over the history of the  Costa prize

Book of the Week: Dry by Neal and Jarrod Shusterman 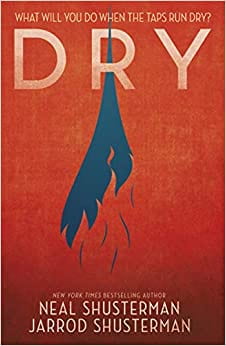