Dr Hood (Chemistry) is clearly enjoying her summer. She has been doing some extreme walking in Slovenia in the Julian Alps. 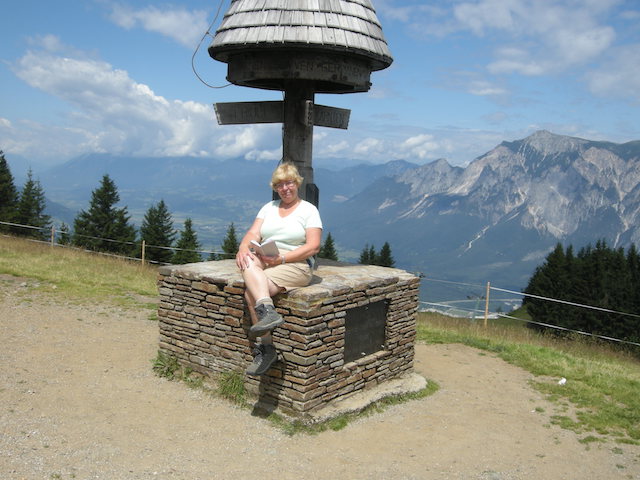 One walk took us to a place called Tromeja in Slovenian or Drilandereck in German, meaning Three Borders.  It is the place where three countries meet: Slovenia, Austria and Italy.  We took the path from the village of Ratece in the valley bottom (at about 840m altitude) to the top of Pec mountain (1510m), a climb of around 670 meters.  The last section of the path had 30 hairpin bends on it, so the walk involved quite extreme effort from me!  That’s why I decided to get this photo taken at the boundary point.  The views at the top were amazing. The background in the photo is Austria.

The books I read on holiday in Slovenia were the first two of Conn Iggulden’s trilogy about the War of the Roses, “Stormbird” and “Trinity” – great stuff, full of blood and guts, but I’m still not sure I understand all the complicated relationships between the houses of York, Lancaster and Neville after reading them! 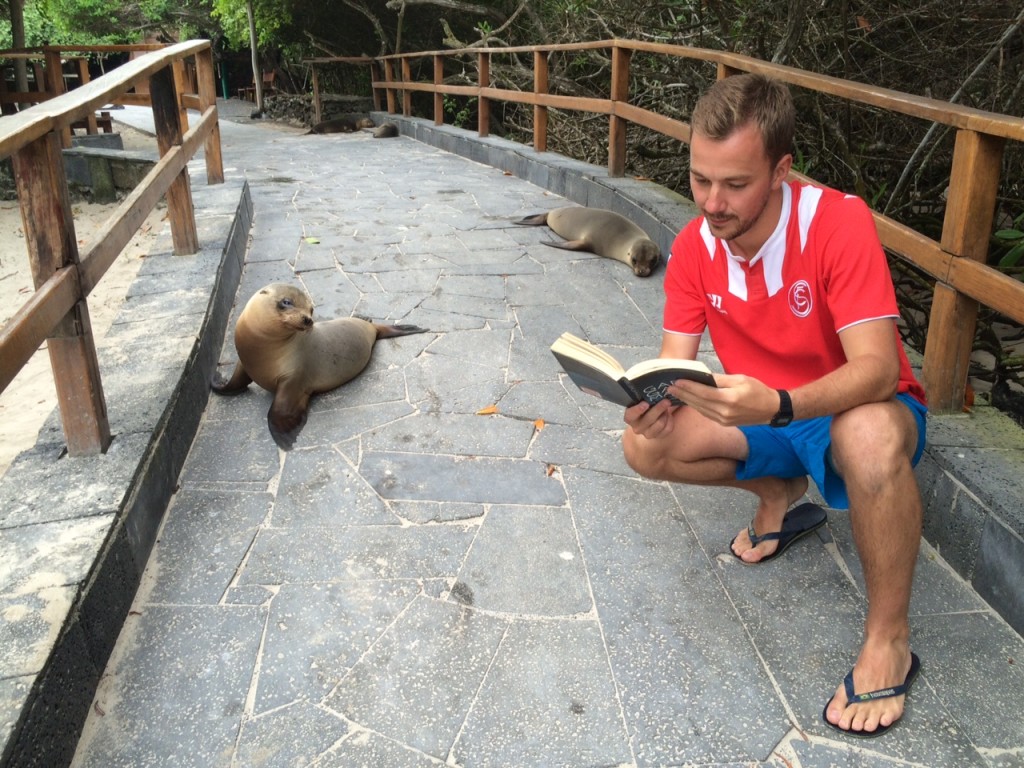 Mr Bickford-Smith has been getting to know the friendly wildlife in the Galapagos Islands. He has, very fittingly, been reading “One Hundred Years of Solitude” by Gabriel Garcia Marquez alongside two sea-lion pups on Isla Isabela. 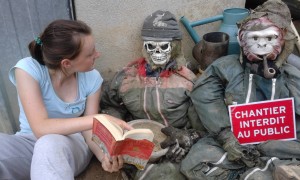 My daughter Louisa decided to read Tom Holland’s “Rubicon” with a couple of extreme scarecrows at her aunt’s farm in France!