This week was Banned Books Week – ‘A nationwide campaign for radical readers and rebellious writers of all ages to celebrate the freedom to read.’

We had an eye-catching display to raise awareness about censorship and highlight the many highly regarded books which have been banned at some time or in some location over time. Students and staff were curious to read about the reasons particular books had been banned.

We also subscribe to the magazine ‘Index on Censorship’ in the Library.

Read more about the books which have been banned on the links below: 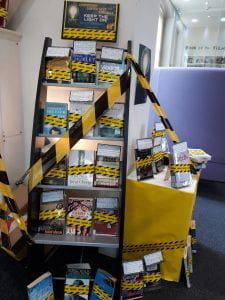