This academic year our Headmaster has highlighted three main areas he would like us to focus on – inspiration, independence and inclusivity. He is particularly keen for our students (and staff) to be inspired in everything they do and for us all to share books that have inspired us.

It’s exciting to see that reading has taken off in a big way already this term and is branching out beyond the confines of the library and the English Department. We have always encouraged students to read books to extend their academic subject knowledge and bought prize shortlisted books particularly in the field of popular science for Library stock. For the past few years we have promoted the Royal Society Book Prize  and bought multiple copies so students can read and discuss them together. 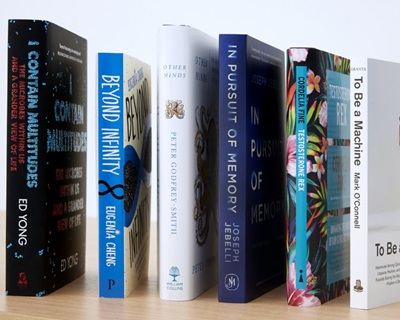 This year Biology teacher Nik Light has taken this idea from a library Tweet and run with it. Our 6th Form Science Society are ‘shadowing’ the Royal Society Prize – each reading a shortlisted book (or as much as possible of it in the short time available!) before they meet to deliver their verdicts and debates the merits of each book just before the winner is announced by Brian Cox on 19th Sept. We’ll have the live Twitter feed up in the library as I don’t think the ceremony is broadcast live. One of the students has already declared that their book (described only as ISBN 978-1784700171 as we don’t want to pre-empt the judging!) is the best Science book they have ever read.

Dr Caroline Evans, Head of the Chemistry Department is reinforcing the drive to encourage our students to read more and read widely, particularly to extend their subject knowledge in an interesting and entertaining way. She explains:

The Chemistry Department has decided to incorporate more literacy into our lessons for the third form. We have a class set of ‘The Disappearing Spoon’ by Sam Kean which students will be reading and discussing once a fortnight. It is a fantastic book with lots of interesting tales about the Periodic Table.  The plan is for students to be able to use their newly acquired knowledge in the lessons about the Periodic Table.

As a student I didn’t warm to fiction and I didn’t realise that popular science existed. I’m hopeful that for some of our keen scientists that we can combine their love of science with a love for reading. If you’d like to read the book alongside your tutee then there are copies available in the library. Unleash your inner-geek! 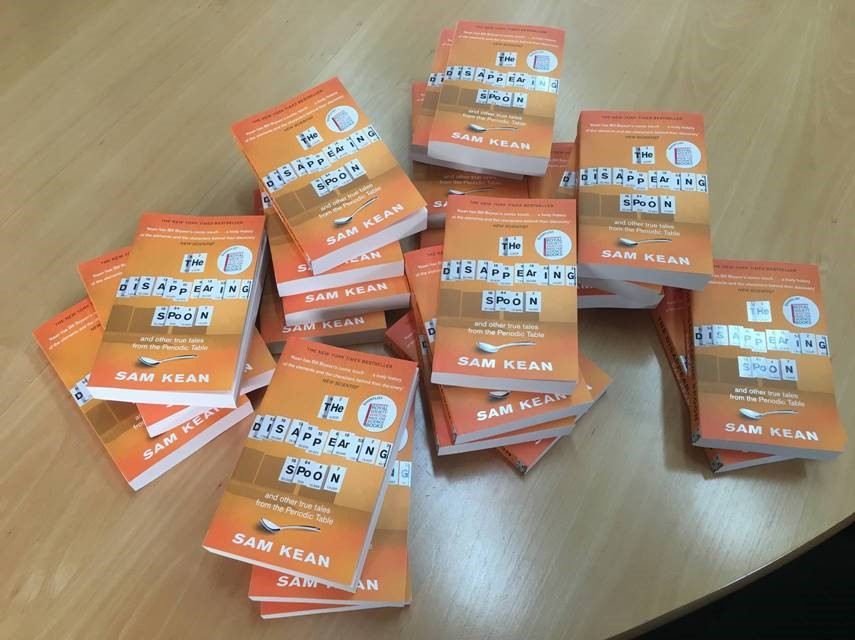 We’ve also been holding book discussions with our new Y9s about ‘Z for Zachariah’ the book they were given to read over the summer holiday. In conjunction with Rob Murphy, head of Y9, the students have been thinking about their 8 ‘Desert Island Books’. This has been easier for some than others – Robert Muchamore’s ‘Cherub’ series seems to be a universal favourite and the book ‘Lion’ has been popular this summer with the film tie-in. Based on the Desert Island Discs format with a twist, the students were allowed to take one luxury and one track of music to the island. We’re hoping that this work will lead to some interesting book discussions with tutors. Emphasis was placed on the students saying why they liked a book and the impact it had on them.

Here’s a charming and impressive example by a Y9 boy.

Robert Harris The Cicero Trilogy: Imperium, Lustrum and The Dictator

These three books are probably the greatest examples of Harris’s writing. I loved the attention to history and the sheer drama which he made out of Cicero’s Lawyer/Politician life. And they were my first meaty and proper books, all of the books in the trilogy are about 400 pages long.

Cherub was what got me into reading. They’re everything, spy novels, teenage romances, gritty missions, epic training sequences. Literally everything I wanted from a children’s book. Since the series is huge I can’t choose them all. If I have to choose, the penultimate book in the first series (the James series) is the best.

PG Wodehouse is the second funniest author I have ever read, and of his many eccentric characters Jeeves is by far my favourite. Jeeves and Bertie Wooster make a ludicrously funny pair. And this is the kind of book which I could spend hours just finding something new in its pages.

Ever since reading this I wanted to know more about Mao’s regime and how its still affecting  China today, I know so little about such an interesting country and period, and I would love to explore the area further.

This is the funniest, most plot hole ridden “book” of all time. I absolutely adored it when I first read it and keep loving it today. It’s just so quirky and different in every way.

Read this. It’s the most charming and creative book ever. Its like a hyperactive imagination went wild but was then tamed by clear concise writing and beautiful turns of phrase.

It’s such a soulful song and makes me really focused

On the island there would probably be food, it’s just Spaghetti Bolognese would be better than anything I could find.

And finally – our enthusiastic English Department and Literary Society is holding a celebration of the bicentenary of Jane Austen next week with Regency High Tea, music and readings from her novels.