For World Book Day 2018 we’ve been asking the library team, students and staff for their cracking reading recommendations. We’ve been putting together a list of those books that grip the reader and you can’t tear yourself away from the page. We’re hoping that students who don’t consider themselves keen readers might try a book and get hooked!

This is a work in progress. What books would you add to this list? Here’s a our start: 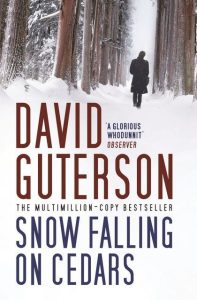 The Giordano Bruno murder mysteries – historical thrillers starting with Heresy (then Prophecy, Sacrilege, Treachery, Conspiracy) each novel is set in a different city the first in Oxford the second in London. The research is impressive, Bruno a great maverick and the plots tense.

Pompeii – Robert Harris (and any of his books including  The Cicero Trilogy – Imperium, Lustrum and Dictator)

Before I go to sleep – S.J. Watson

The Bunker Diary – Kevin Brooks – Very bleak YA thriller – only read if you are feeling strong and like a harrowing read!

Young Adult Fiction (many are fantasy or dystopian fiction)

One – Sarah Crossan (The moving story of conjoined teenage girls written in free verse. A super quick and affecting read. Definitely a one-sitting book for a snowy weekend!)

Between Shades of Gray – Ruta Sepetys

The Absolutely True Diary of a Part-time Indian – Alexie Sherman

We were liars – E.H. Lockhart

Humour combined with police procedure and fantasy! Sounds weird but widely enjoyed and was London City Read in 2015

Rivers of London –  Ben Aaronovitch (four books in the series)

Letter for the King and sequel The Secrets of the Wild Wood by Tonke Dragt Lose yourself in these gripping, spellbinding adventures.

Touching the Void by Joe Simpson

Ready Player One – This has proved very popular with staff and our teenage boys. One for computer game fans.

Call me by your name – Andre Aciman

The Hitchhiker’s Guide to the Galaxy by Douglas Adams