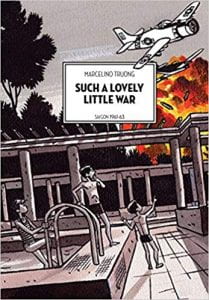 One of the joys of being a school librarian is chatting to staff and students about books and hearing their latest recommendations. I was particularly happy to find out that one of our Y11 girls had discovered the wonders of graphic novels to support her History GCSE course. She was eagerly broadening her knowledge of  the history topics in the course in a quick and accessible way. The book which started this process was Marcelino Truong’s biographical graphic novel set in Vietnam ‘Such a lovely little War: Saigon 1961 – 1963’ and the sequel ‘Saigon Calling: London 1963-75’. This beautiful, gripping graphic memoir tells the story of Marco, the son of a Vietnamese diplomat and a his French wife, during the early years of the Vietnam War. They are visually stunning books and emotionally involving as the reader learns of the details of family life as well as the impact and events of the war closing in.
We’ve built up a diverse collection of graphic novels and particularly focused on historical events and biographies.

Here are a few suggestions:

March (3 Books) by John Lewis, Andrew Aydin and Nate Powell. ‘With March, Congressman John Lewis takes us behind the scenes of some of the most pivotal moments of the Civil Rights Movement. In graphic novel form, his first-hand account makes thiese historic events both accessible and relevant to an entire new generation… LeVar Burton

Persepolis by Marjane Satrapi ‘The intelligent and outspoken child of radical Marxists, and the great-grandaughter of Iran’s last emperor, Satrapi bears witness to a childhood uniquely entwined with the history of her country. Persepolis paints an unforgettable portrait of daily life in Iran and of the bewildering contradictions between home life and public life. This is a beautiful and intimate story full of tragedy and humour – raw, honest and incredibly illuminating.’ 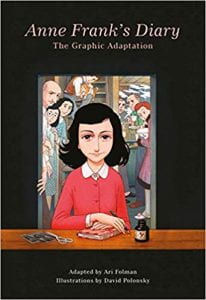 Gettysburg – the graphic novel written and illustrated by C.M. Butler

Marzi – A memoir by Marzena Sowa. Told from a young gir’s viewpoint ‘Marzi’ is a coming-of-age story which portrays the tough life behind the Iron Curtain whilst exploring the daily life of an ordinary girl in turbulent times.

The Battle of the Bulge by Wayne Vansant. A graphic history of the Allied victory in teh Adrenne, 1944 – 1945.

Line of Fire: Diary of an unknown soldier by Barroux. Introduced by Michael Morpurgo

Barefoot Gen – The Day After Volume ll by Keiji Nakazawa

The Last day in Vietnam by Will Eisner.  This fictional memoir, drew on Eisner’s time in Korea and Vietnam involved with  military service.

Don’t forget we also have a recently established collection of Historical Fiction in the History Department to provide another source of enjoyable and informative history themed reading.

We have other non-fiction graphic novels too: 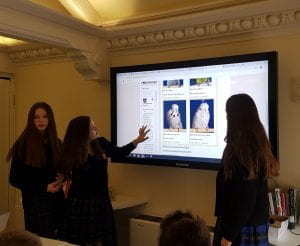 In 2016  we moved away from a curriculum focused heavily on content to a more skills based approach in Y9. With greater emphasis placed on developing independent learners throughout their school career from Y9 to Y13, I put a proposal to my line manager, Deputy Head Academic, to plan a short research skills course for all our Y9 students, led by the professional librarians. The aim was to teach them information and digital literacy skills to support the enquiry-based projects they would be undertaking throughout the year. This was also intended to lay the foundations for the research skills needed for the HPQ (Higher Project Qualification), EPQ (Extended Project Qualifitcation) and Extended Essay of the International Baccalaureate, higher up the school. The lessons are taught in groups of around 15 – 16 students and and are very interactive.

These skills are essential for life beyond the classroom and projects and coursework. It is crucial for the whole of society to be digitally and media literate. Universities and schools are important drivers in developing students’ digital capabilities. The JISC Digital Capabilities Model is very instructive in this area and includes 6 elements: 1. ICT proficiency, 2. Digital communication, collaboration and participation 3. Digital learning and development 4. Information, data and media literacies 5. Digital creation, problem solving and innovation 6. Digital identity and wellbeing.

The JCS Conference 2019 – Digital Literacy in Schools: building capabilities provided librarians and teachers with a wealth of information and discussion on this subject and you can explore the presentations here. 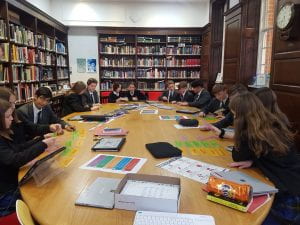 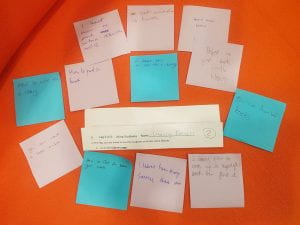 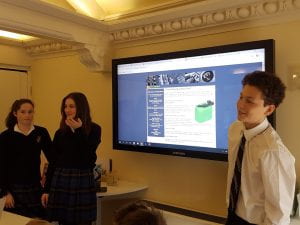 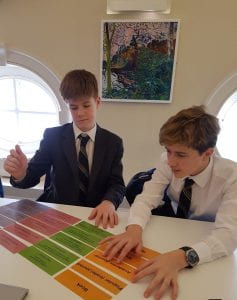 nks to the librarians at Middlesex University for sharing this excellent idea.  They have developed a wide range of hands-on activities which form useful bases for discussion and group work. All their resources are found here:

We’ve had some interesting discussions about what a parody is and the meaning of the word ‘veracity’. It’s interesting to observe that the students are not as proficient at spotting fake websites as they assume they are. We emphasized the need to cross-check information elsewhere and to critically evaluate information not simply go on a gut feeling about a website or source.

For this final lesson we have found the Newcastle University Study Skills for 6th Form website very useful – we’ve run the plagiarism quiz and video with our classes and found it very accessible and fun for the younger year groups.

After the research skills course the Y9 students use study periods known as ‘Lab Time’ to research and write 3 mini projects relating to History, Science, Art, English and Geography. There is a large element of choice in these projects so that the students can explore topics that interest them. This is also an opportunity to use the digital resources on our extensive e-Library to research the projects as well as the library printed book stock and magazines and journals.

In Y10 and Y11 all our students undertake the HPQ (Higher Project Qualification) which develops independent study skills further and the librarians support this research with refresher workshops on the e-Library resources and how to find  relevant books and articles.

We are working on greater analysis of the impact of this course but we have noticed a marked increase in searches undertaken on the library online catalogue and book reservations  placed online. We will also be looking at the quality of Bibliographies and the referencing of the projects. We modify the course each year to keep it up to date and respond to feedback from the students.

FOSIL Darryl Toerien, Head of Library at Oakham  has done a huge amount of work on inquiry learning and I would like to adopt the ideas in the FOSIL model over the coming years. See the Framework of Skills for Inquiry Learning.There is much to explore on the FOSIL website including resources licensed under Creative Commons.