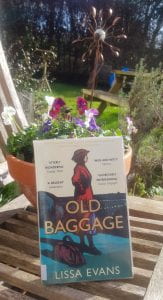 Next Tuesday, 8th March, marks International Women’s Day. The theme this year is break the bias. There will be a display of books in the library ranging from inspirational biographies from Michelle Obama to Malala, books about feminism and fiction by female authors. One of the most important recent books on this subject is  ‘Invisible Women: Exposing data bias in a world designed by men’ by Caroline Criado Perez. This book won the Royal Society Science Book Prize 2019 and is on one of our 6th Formers Top Ten Books list. Two very readable and interesting history books which highlight the role women have played in history are:  ‘A History of the World in 21 Women’ and ‘A History of Britain in 21 Women’ by Jenni Murray. These are currently available in the library. On this day the Women’s Prize for Fiction Longlist is also announced. One of my favourite books was the 2020 winner – Hamnet by Maggie O’Farrell.

Very aptly, the Wellington College Community Book Club will be discussing ‘Old Baggage’ by Lissa Evans on Tuesday 8th March. This is a comic novel featuring a feisty former suffragette as the protagonist. It’s 1928 and Mattie Simpkin is on a mission to educate the next generation of girls on the importance of full female suffrage as the battle for votes for women is not over.

Here are some reading suggestions:

An excellent film to watch is ‘On the Basis of Sex’ (2018). This is a biographical legal drama based on the life and early cases of Supreme Court Justice Ruth Bader Ginsburg, who served as an Associate Justice of the United States Supreme Court from 1993 to her death in 2020, and became the second woman to serve on the Supreme Court.

Hidden Figures (see the book above).

Have a browse of our  Gender, Identity and Feminism padlet for more reading recommendations.